From It's Modest Beginnings in 2007, ALGA Has Come a Long Way to Get to Where It Is Today!

Looking back, former CEO Elisabethe Dank outlines what makes the association unique in the industry. Where to begin…? I guess at the beginning…

Dr Peter Nadebaum had a dream providing an identity for the contamination and remediation industry, which he subsequently discussed with Ravi Naidu (CRC CARE); Ross McFarland (representing ACLCA); David Bates and Paul Howlett (EcoForum) late in 2006. The group met again in March 2007 and the creation of ALGA was unanimously agreed by all present. On 26 July 2007 that dream became a reality, with Dr Peter Nadebaum leading the charge as the first President of the newly formed Australian Land & Groundwater Association Inc.

I joined ALGA as their secretariat in October 2008. At that time, it had 70 members and just over $50,000 in the bank, thanks to a generous donation from EcoForum (at that time owned by Margaret and David Bates, Rosalid Vrettas and Paul Howlett). So the following story is from my perspective, from then…

Dr Nadebaum was instrumental in establishing ALGA as a vehicle for information sharing, he was not (and still is not I might add) afraid of stirring the pot, to create healthy debate, with the sole intention of improving the skill level of individuals within the industry.

Dr Tony Scott, (President Sept 2010–Oct 2012) built on Peter’s foundations: his vision was for ALGA to be seen as the peak industry body, with a broad membership base. It was whilst Dr Scott was President that we purchased “EcoForum” – the then annual conference that incorporated “contaminated land stream” and also became a “registered body” in NZ – requiring the name change to “Australasian Land & Groundwater Association Inc”. His achievements as a President was also evident in the membership growth from 356 to 650 within the first 2 years.

Dr Scott handed the reins over to Dr John Hunt. Dr Hunt’s strength as President was his unique ability to “arm twist”… without the victim even being aware! The technical programs for the CleanUp Conference in 2013 and the newly owned EcoForum conference in 2014 created plenty of challenges for Dr Hunt – but his dedication and enthusiasm never seeming to exhaust the victims, I mean, volunteers – with both events boasting great success!

Dr Hunt was President when ALGA transitioned from an incorporated association to a company limited by guarantee, in December 2013. He remained President with an outward facing role till the 2014 AGM, whilst Jon Miller was unanimously voted by the Board of Directors to be the first Chairman of the Board – with an inward facing role.

Jon Miller as Chairperson (the politically correct term) worked very hard behind the scenes improving ALGA governance, writing charters and policies as well as instituting Board Sub-Committees, to assist in focusing attention of the Board of Directors to their legal obligations. He also encouraged Directors to seek training on Board-specific responsibilities to foster confidence amongst fellow Directors in contributing at board level.

Stephan Pawelczyk became President in October 2014 – he was our youngest Board member and youngest President. Whilst he was only President for a year, he had specific focus on the 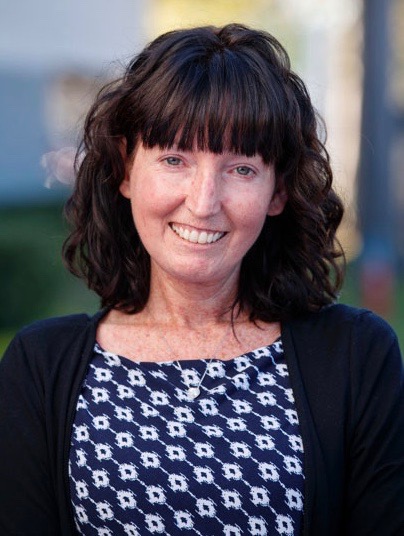 Dr Annette Nolan as Chairperson ably ensured the Board of Directors stayed on the straight and narrow… My sentence to sum Annette up is “an extremely engaged Director with amazing attention to detail”. Whilst Chairing the Board she also managed to Chair the Nominations & Governance Sub-Committee, co-chair the Program Committee for 2016 EcoForum Conference & Exhibition, as well as support the newly formed Emerging Contaminants of Concern Interest Group Committee.

November 2015 saw a total change in leadership with Ian Brookman, our current President, taking the helm. Ian is……Ian! Behind his comedic, always up to mischief exterior is a President that has the success of ALGA very much in mind at all times! Complementing his BIG personality are some great BIG ideas, and some insightful

Tracy Berger as Chair of the Board til end of 2017, brought plenty of industry experience as well as a great “cut through the crap” approach. The reins of Chair were handed to Craig Cowper in 2018, who with much ALGA experience gained through the NSW-Sydney Branch Committee and time as a Director continued to steer the Directors to ably fulfill their roles.

The success of ALGA is due to the countless, insufficiently thanked hours of the members who volunteer. From time spent on ALGA committees, to representatives of ALGA on other organisations’ committees, to chairing an ALGA event, presenting at ALGA events, peer reviewing training materials, writing up event reports or simply jumping in whenever asked to do anything (ie packing up chairs and tables after the formal dinner at 2016 EcoForum). I hope you all know who you are, and from me personally thank you for your continual support – without which ALGA is nothing!